Following in the Steps of our Forefathers (Maiorum Institutis Utendo) 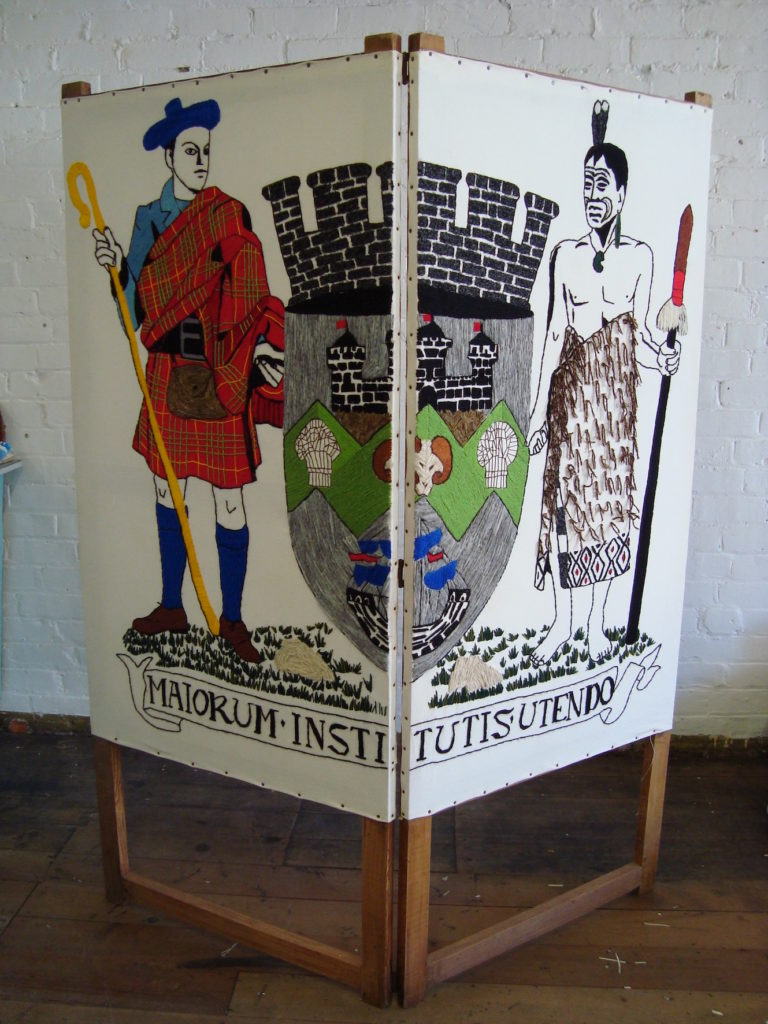 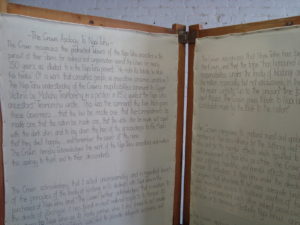 This Dunedin City Council polling booth is embroidered with the City Coat of Arms and motto 'Maiorum Institutis Utendo' translated as 'Following in the Steps of our Forefathers'.

It acknowledges the distinct Scottish and Maori histories of the Otago/Ōtākou region; their cultural differences shown in formal dress, and their partnership in managing the resources of the region.

The reverse is inscribed with the Crown Apology to Ngāi Tahu delivered to Ngāi Tahu Whānui on 29 November 1998 by Prime Minister Jenny Shipley at Ōnuku Marae, Banks Peninsula.
Written in slow and deliberate script, like a child practicing lines to entrust them to memory, this apology is a testament to the patience, dignity and sacrifice of Ngāi Tahu Whānui in their efforts to achieve partnership.

For further information on the Ngāi Tahu Settlement (history and details) see this article It was twenty years ago today; Commemorating the Ngāi Tahu Treaty Settlement, researched and written by Scott Campbell. 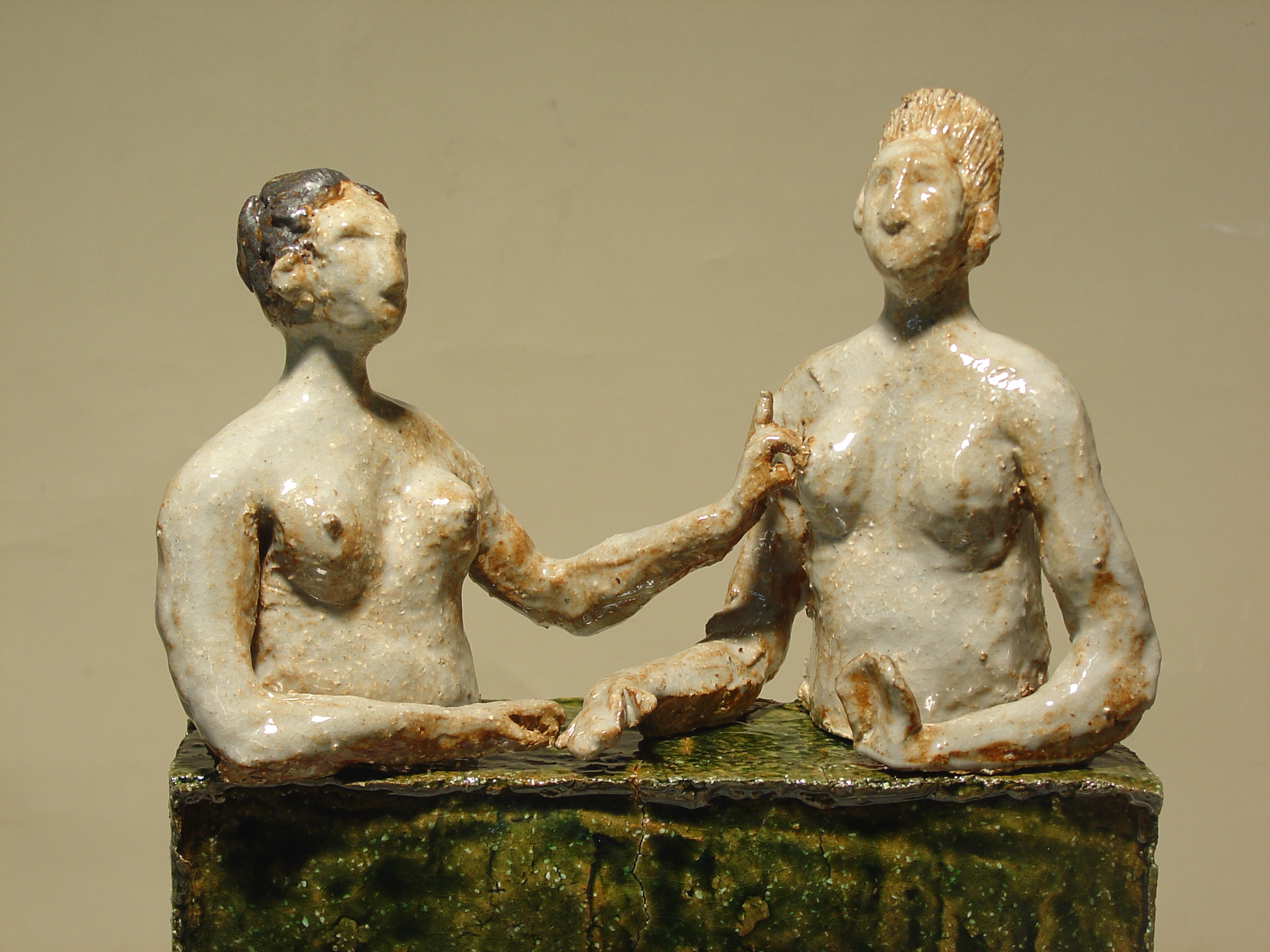 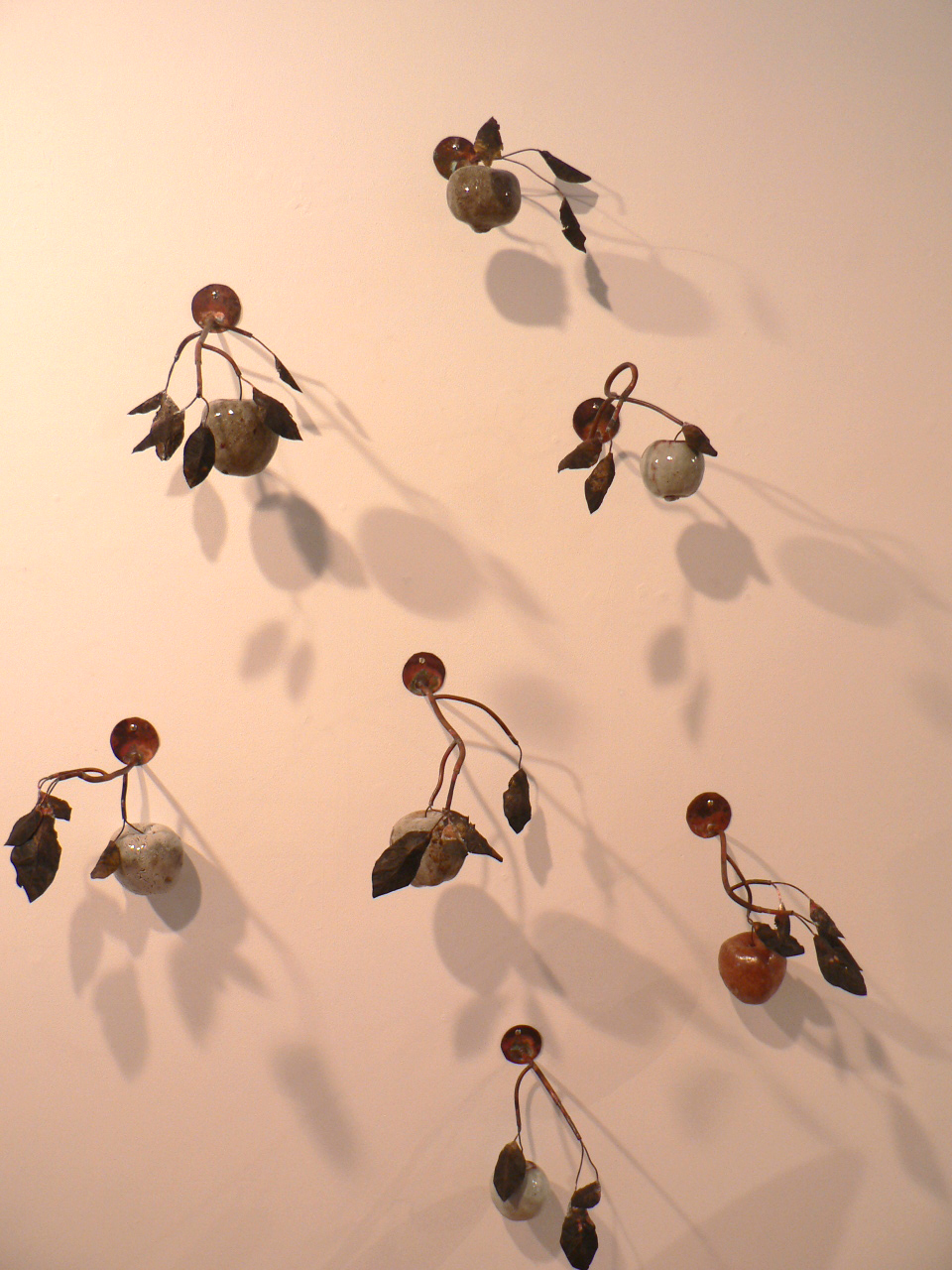